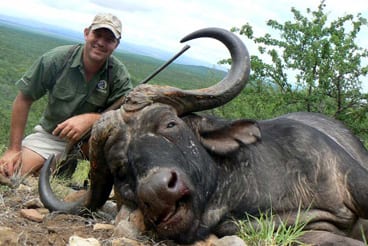 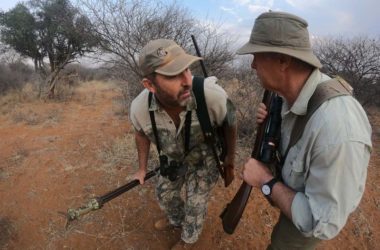 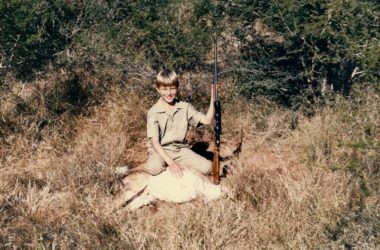 George Potgieter, founder and owner of Schoongezicht was born in 1977 in Rustenburg.  In 1984 his parents, who was both teacher, decided to move to the Thabazimbi Bushveld to raise his three sons in the heart of the South African Busveld. From there they learn to hunt and at the age of nine George already hunted his first impala.

George completed his High School career in Thabazimbi and went to the University of Pretoria straight after graduation where he achieved an Honors degree in Agricultural Economics.

In 2001 he started to look for his own part time hunting farm. If you ask him today why Rooibokkraal, he will tell you that he had hunted all around the Bushveld the best trophy Impala came from this area. No wonder why George, only 24 years of age in 2001, bought his first property called Schoongezicht “meaning beautiful scenery”. This property had some of the best Impala in the Bushveld, regularly hunting Impala over 26”.  The Thabazimbi Busveld is also one of the areas with the widest variety of game species.  For him it was of utmost important that all animals are being hunted in their original habitat.  Over the years this ensured the constant supply of top quality animals and trophies.

George quickly started reintroducing other game species starting with Zebra.  From there the Zebra emblem which is well known in the Hunting Industry. Schoongezicht Hunting Safaris was born and quickly spread over 8 different properties, covering around 9000 hectares al around the Dwaalboom, Rooibokkraal area on the Botswana Border.

Today Schoongezicht is proud to be home to one of the largest herd of Roans in South Africa as well as rare game like Sable, Buffalo, Golden Gnu, Black Impala, Nyala, Golden Oryx and Rhino.

George is a family man, he and his wife, Genie who is also a qualified Professional Hunter, and their triplets are staying on the farm.

Passion, professionalism, integrity are part of the Schoongezicht principles and they always strive to exceeds their clients expectations.